After 8 years of monitoring by the plant health department of the Generalitat de Catalunya in one of our Garnacha blanca farm, TRUFES, we proceed to the selection of buds to send them to reproduce in our trusted nursery, unlike other varieties of grapes that already exist
certified plant material, in the white Grenache being a variety that historically had little implantation, the certification began very late, now and after 8 years of control by the administration and by Celler Arrufí making a mass selection , (IT IS THE METHOD OF PROPAGATION OF THE VINE BASED ON THE IDENTIFICATION OF THE BEST EXEMPLES WITHIN THE POPULATION OF PLANTS OF A VINEYARD, ACCORDING TO ITS PHENOTYPE; IT IS UNDERSTOOD THAT THE PHENOTYPE ARE ALL PARTICULAR SPECIFIC HERITAGE AND GENETIC TRAITS THAT MAKE IT UNIQUE AND UNREPEATABLE).

Now we are starting to have a white Grenache with very notable characteristics. The work done by the plant health department and our selection on this farm will allow us to certify Grenache Blanca virus-free and suitable for reproduction in the near future.
The task consists of selecting white Grenache shoots to send them to the nursery and later grafting them on American vitis stakes. It is a very delicate job because the shoots have to have a diameter between 6 and 12 mm. So that they have the same diameter as the stakes where they will be grafted.

Once the Grenache Blanca shoots are in the nursery, they will be grafted onto different Vitis americana patterns so that they can adapt to different types of climate and soil.
It is a 12-month job because our white Grenache buds that will be grafted in 2021 will be able to be planted in 2022.
It is essential for the viticulturist that the reproduction plants in this case Garnacha Blanca are safe, clean of viruses and have a traceability guaranteed and controlled by an official body, and to be able to give security and ensure success to the winegrowers when planting .
This seemingly unimportant process apart from being an arduous and meticulous task is of utmost importance to preserve the characteristics of many native grape varieties in the Spanish regions.
It should be remembered that after the plague of phylloxera many of the autochthonous varieties that we had disappeared and that later, in the new plantations with American vitis, the more productive varieties often prevailed to the detriment of previous varieties more adapted to the soil and climate, for This is so important that a variety such as the white Grenache that was already implanted in the Terra Alta before the plague has a certification and a follow-up to be able to perpetuate it.

the land already gave us at the time, without forcing, listening, this is where ecology begins for us, and where wine begins, following the times, with the least possible manipulation, but with care and care in its elaboration, respecting each Add, the climate that also changes and of course, we, that how the earth continues to evolve and differentiate from one year to another, all these factors add, subtract, and differentiate, but without forgetting the essence, personality and organoleptic characteristics of our wines, of authenticity, these characteristics are immovable in our wines.

For this reason Celler Arrufí considers a very important part of being able to preserve and conserve the autochthonous varieties of our land, being ecological is not only working and making without chemicals or pesticides, but an IKIGAI "the reason for being, for living, for acting" in accordance with nature, balance what

I always repeat that Celler Arrufí and its farms are “EL IKIGAI”… Preserving autochthonous varieties of the Terra Alta such as Garnacha Blanca is the beginning of everything.
We could not do things well, or elaborate how we want, with an almost passionate quality and care, I would dare to say without taking this factor into account.
This is where it all begins. 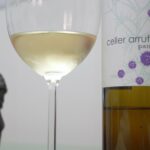 Curiosities of our labels 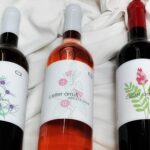 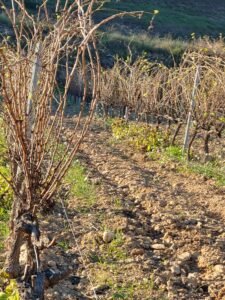 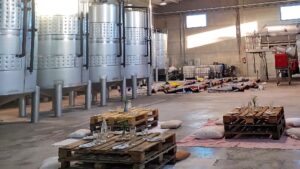 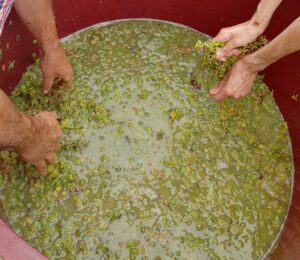