Celler Arrufí started the year, I imagine how each and every one of the Terra Alta wineries, full of projects, plans,… many things. With the pandemic they disappeared, although, as I have commented in other posts, Celler Arrufí has not stopped for a moment despite the uncertainty of the situation, being diversified has allowed us to continue, at another pace but continue.

It has also been an atypical harvest, because the high temperatures in spring and the rains more abundant than in other years have been the perfect breeding ground for the evolution of mildew, a fungus that attacks the vineyard.
Each and every Celler Arrufí farm is organic, we truly believe in this type of agriculture, as I have said many times, for us a way of life where the final product, the wine, benefits in many aspects, as it says Álvaro Palacios, ”The ecological vineyard produces wines more pure and transparent " and we honestly believe it, a few years ago, apart from the characteristics that this wine could have, it was an added value to present an organic wine, now it is a necessity, especially in northern countries where the market, consumption and movement of Ecological wines is much larger than in Spain for example, despite the fact that we are the first country to produce organic vineyards.

For us the positive factors in organic farming outweigh traditional, although there is always a face and a cross, and the cross in this case are pests and fungi such as mildew, since it is much more complicated to treat them if we compare with conventional viticulture that can use chemical products, and this undoubtedly gives more peace of mind, especially in years like this.

The aggressiveness of mildew in the vineyard it became dormant at the beginning of June, the climatic factor played a decisive role in the spread almost like gunpowder of this fungus, it has been a rainy spring and the morning temperature together with the high humidity was perfect for the mildew.

The lifeline of our farm regarding this issue has been not only to be aware at all times of the evolution of this fungus that has caused havoc in many wine-producing regions, but what made us really "turn on the alarm light" was remember a similar episode that we had about five years ago in one of our farms where we produce Garnacha Blanca (the autochthonous variety par excellence in the Terra Alta). On that occasion we had a mildew outbreak also with similar characteristics to this vintage and on that occasion we were not so lucky and we lost a significant part of the harvest.

This year 2020 the mildew has been even more aggressive, and I repeat in viticulture ecology even more, however and as I mentioned above we already had a small episode and contact with the fungus and this has made us this time very much at the same time. expectation. Despite being very aware of the considerable losses in the production of this 2020 campaign, especially in Penedés, Priorat and Terra Alta, and also in general, I must say that the losses due to mildew in our farm have been minimal.

Although it has been an exhausting spring and summer, of treatments, of almost absolute dedication, of checking the vineyard daily, of “kicking it” and where the only possible treatment in our organic farms was copper. Therefore we were aware of what was happening, how we could combat mildew as much as possible, knowing that nature is powerful, but we also realized that time played an important role in its prevention.

Our winery produces and elaborates, therefore the sanitary state of the grape is fundamental for the quality and characteristics that we want to give to our wines. A grape affected by mildew can influence not only fermentation, which is already an important problem in itself, but also reduces fruit aromas, a very high acidity, or a very marked and unbalanced tannin intensity are some of the "pearls that they can pass".

To round off the campaign, I suffered an ankle accident that will keep my leg immobilized for two months, but hey, as Frida Kahlo said “there i go again. Whole or to pieces ... But here I come “.

Summary of the 2020 campaign: very hard in the previous months but the result has been a grape in all its fullness, collected at the exact moment of its maturity and of a wonderful quality. Warning, we foresee together with our winemaker some very personal and interesting wines, for sure. 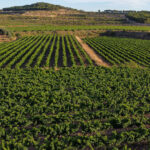 Sun vi • Vi natural Have you tried it? 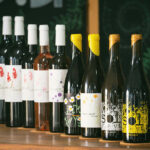 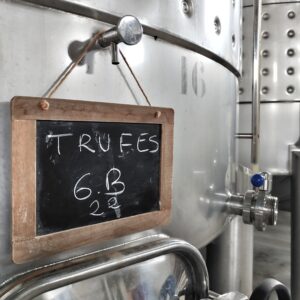 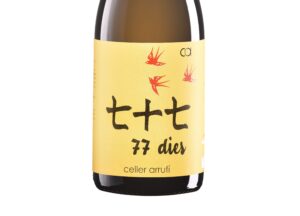